To the first route, thinking the hight tempertures in Agust, we had to find a place where the temperatures were warmer. We chose Sierra Nevada, a big mountain complex in the south of Spain.

The main part is situated in Granada province, and the eastest zone belongs to Almería province. After the alps, we are talking about the hightest mountain range of West Europe. We started on the road that goes to Mulhacén peak, 3.482 meters, one of the stops. In 1986 it was declared Biosfere Reserve by UNESCO and in 1999 it was declared National Park.

One of its atractions is the facility to access and we took advantage of that and wnt inside by the forest ways, finding an amazing place.

Over the route we saw different lakes situated inside the glaciars, permanet water that cause the main parto of hight mountain´s river and it´s a data font to know the climatic evolution of South Europe. The SierraNevada lagoons- 40 are permanent and they are considered as hight peak lakes – are the trasces of the last glaciation, it´s well-known as Würm, 10.000 years ago.

The route started few meters before the Civil Guard Station, the hight part of sky station. From here, we went up directly to Mulhacén peak, where we stopped to enjoy the views ant to take a breather.

After that, we cycled across pine forest until Trevélez village, the end of our route. It´s an amazing village where yu can enjoy with the gastronomy, views and people. 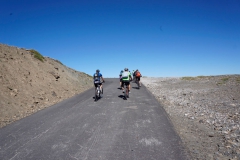 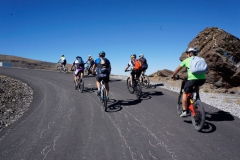 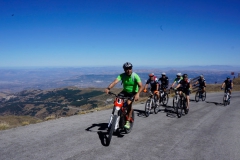 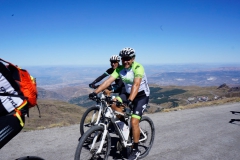 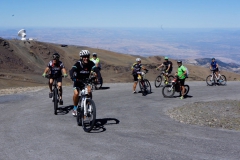 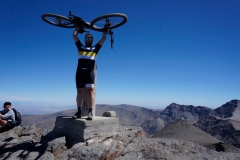 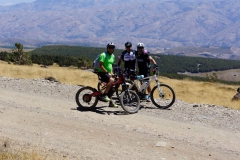 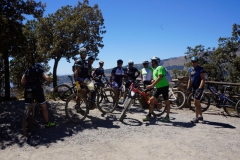 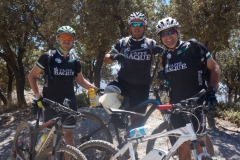 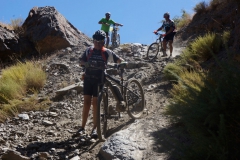 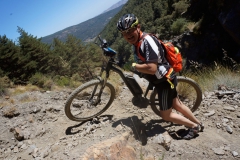 The integral solution to touristic establishments and users that want to know the environment by healthy and sustainable way.
Bicitur is formed by different technologic enterprises that look for eraser the rental bike services in the tourist sector.